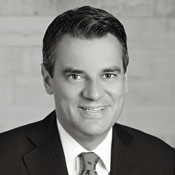 Kevin earned his reputation as an effective leader in Congress by advancing key priorities and building strong relationships on both sides of the aisle. When he joined the U.S. House of Representatives in 2011, he became the youngest Republican appointed to the House Appropriations Committee and served until 2019.

Now, as the newest partner at HHQ, Kevin applies his deep policy knowledge and experience to offer expert counsel on public policy, markets, and business growth.

Kevin was as a Member of Congress from 2011 to 2019. During his time in office, he served on the House Appropriations Committee being appointed as a freshman member with responsibility for authoring legislation to establish and fund priorities of the federal government. In this capacity, Rep. Yoder served as Chairman of both the Homeland Security Subcommittee and the Legislative Branch Subcommittee. He also served on the Agriculture, Financial Services, Transportation, Housing and Urban Development, Commerce Justice and Science, State and Foreign Operations and Military Construction and Veterans Affairs subcommittees. Rep. Yoder also served on the House Steering Committee, as deputy Whip in the House GOP and Vice Chairman at the National Republican Congressional Committee.

Kevin received many accolades and awards for his voting record and leadership on a wide variety of issues, including Guardian of Small Business Award from the National Federation of Independent Businesses (NFIB), Spirit of Enterprise Award from the U.S. Chamber of Commerce, and Legislative Excellence Award from the National Association of Manufacturers (NAM). In 2012, along with Representative Emanuel Cleaver II (D-MO), Kevin received the Consensus Civility Award for his efforts to bring civility to public life as a Member of Congress.

Prior to being elected to Congress, Kevin represented Leawood and Overland Park as a Representative in the Kansas State Legislature, where he chaired the House Appropriations Committee. He divides his time between Washington, D.C., and Overland Park where he lives with his wife and their two daughters.

Kevin earned his undergraduate degree, in political science and English, and his J.D. from the University of Kansas.