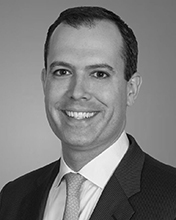 Rashid has built a strong reputation as a senior legislative and regulatory advisor to the energy, defense and infrastructure industries. He also advises and conducts due diligence for clients that are making investments or acquisitions in highly regulated industries. In his more than 15 years of experience, he has:

Rashid also serves on the advisory boards of Dunrath Capital, Sciath Group and Jaykal LED Solutions.  Rashid divides his time between Washington, D.C., and Charlotte, where he lives with his wife Katie and their daughters Barrett and Parker.

Rashid is a graduate of Purdue University.